In 2010, Sam founded the independent film production company Narrow Bridge Films to self-produce his own screenplays. Since then, Sam has self-produced the following scripts: 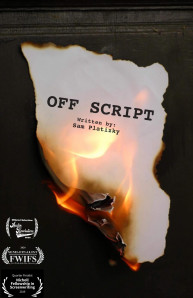 Off-Script is a romantic comedy written by Sam. It was a Quarter Finalist in the 2019 Nicholl Fellowship in Screenwriting Competition. Reader highlights include:

"This delightful, innovative 'non-romantic comedy,' is clever, funny, and, in fact, the quintessential romantic comedy-hidden in a thinking person's film. The script, in three-act structure, indicates a mastering of the art of screenwriting, as well as a gift for comedy, with a keen sense of rhythm, comedic timing, and pacing."

"... a really impressive story that worked on many levels."

"There is a voice here. The intention of the piece was clear and the command of the material was strong and showed a lot of talent."

"Probably the most brilliant thing about this script was its ability to tell a good story while at the same time integrating a metaphor for life that was really meaningful." 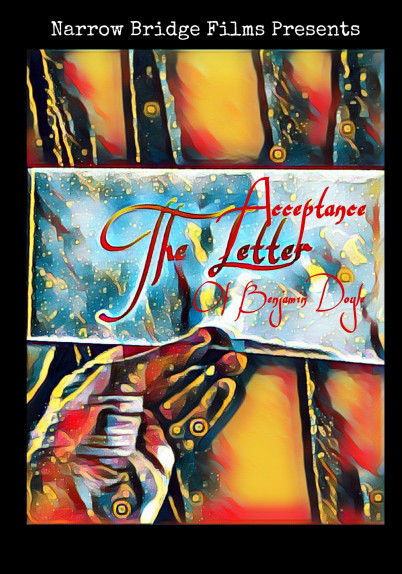 The Acceptance Letter of Benjamin Doyle (a  Fantasy Comedy co-written by Isaac Platizky) was a Quarter Finalist in the 2022 Screen Craft Feature Competition. 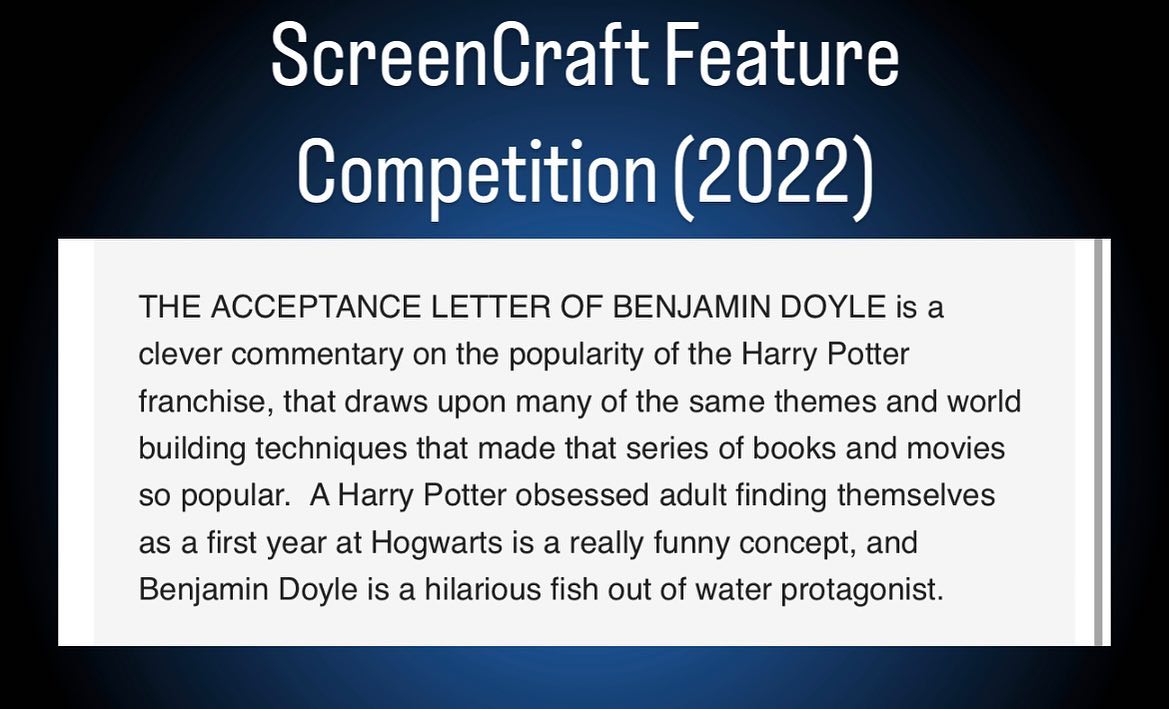 And Co-Written with Isaac Platizky: